In the past, the Haguro Shugendo provided four opportunities for training, collectively called “shiki no mine” (literally translated as “four seasons’ mountain ridges); namely “spring mine,” “summer mine,” “autumn mine,” and “winter mine.” Among them, the autumn mine and the winter mine are practiced even today. The autumn mine is said to be training for yamabushi (mountain ascetic hermits) from across the country to be reborn. The winter mine has a strong tie with the indigenous faith.

The winter mine refers to the 100-day training for which two local yamabushi are selected from the Toge village in the Haguro Area to be secluded in the mountains from September 24th through New Year’s Eve. The autumn mine is administered by two institutions; one by the Dewa Sanzan Shrine and the other by the Kotakuji Shozen-in Temple.

From an early stage, the Haguro Shugendo opened its door to women, who had been banned from entering the mountains. On the occasion of the autumn mine of the Kotakuji Temple, women are also allowed to enter the mountains; the Dewa Sanzan Shrine administers the miko shugyo, or the mediums’ training, intended only for women, which is offered apart from the regular autumn mine.

Various Training Sessions Practiced in the Three Mountains of Dewa

Registration Period: May 1st – May 31st

Registration Period: May 1st – May 31st

What is the “Shugendo”? 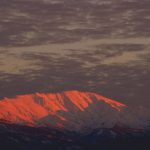 In ancient times, people living on the Japanese archipelago had a belief that mountains ... 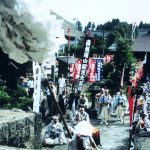 Long ago, the people living on the Japanese islands revered mountains as holy places w... 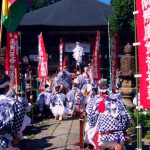 The Kotakuji Temple is positioned as an inner temple of Mt. Haguro. Adhering to the clas... 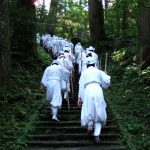 The Three Mountains of Dewa is the collective name for Mt. Haguro, Mt. Gassan, and Mt....