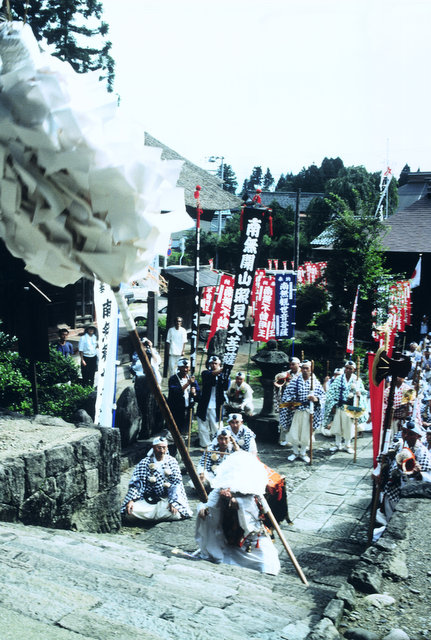 Long ago, the people living on the Japanese islands revered mountains as holy places where gods resided and considered them to be the resting place of ancestral spirits that guarded their descendants. Based on this kind of gentle mountain worship, shugendo (mountain asceticism) was shaped under the influence of Buddhism, notably Esoteric Buddhism and Taoism. From the Middle Ages, shugendo became familiar to people through the yamabushi who traversed the sacred mountains, crossed valleys, climbed mountainsides, retreated to the hills, and underwent numerous practices that filled themselves with mountain spirits. Among the many sacred mountains in Japan that attract worshippers, Haguro shugendo took place on this northeastern soil.