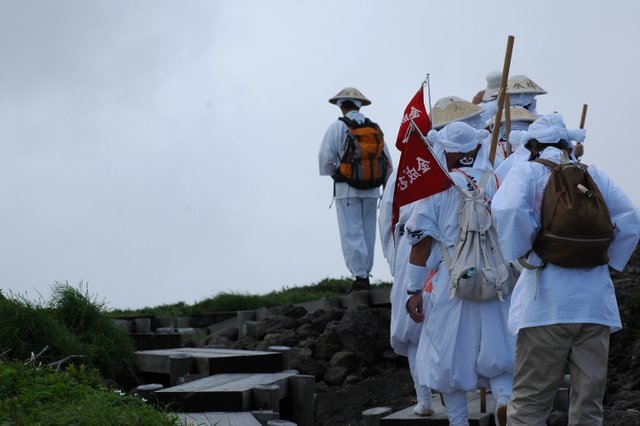 Dewa Sanzan is the collective name for the three mountains of Gassan (1984m), Haguro (414m), and Yudono (1504m), located in the middle of Yamagata Prefecture. The religious site is said to have been opened in the 6th century. Although called sanzan, or three mountains, the name does not refer to 3 freestanding mountains. Rather, Mt. Gassan is the highest peak, while Mt. Haguro is located on the northern edge of a succession of peaks, and Mt. Yudono is found to the west of Mt. Gassan. In the Middle Ages, Dewa Sanzan referred to Mt. Gassan, Mt. Haguro, and either Mt. Hayama or Mt. Chokai, with Mt. Yudono regarded as the most sacred shrine because it stands nestled behind the others.

Since ancient times in Japan, mountains, rivers, trees, stones, and animals were considered deities. Mountains and rivers were also thought to be the dwelling places of gods, or the creation of the gods. It was also believed that humans receive their souls from the mountains in which deities dwell, are born into this world, and return to the mountains after death where they remain as gods. Tall, beautifully shaped mountains are sources of abundance and the home to spirits. At the same time, mountains are revered as sacred places by people living at their foothills. As the quintessential holy land of the northeast, Dewa Sanzan has captured the interest of the common people, attracted many believers, and is known as one of Japan’s greatest hallowed grounds.

Today, travelers generally conduct a 2-day pilgrimage through Dewa Sanzan. They arrive at Mt. Haguro around noon on the first day and climb Mt. Haguro in the afternoon to worship at Dewa Sanzan Shrine/Sanjin Gosaiden. Later, they lodge at priests’ quarters, temple guesthouses, or inns. The following day, they travel by car to the 8th station of Mt. Gassan and walk approximately 2hrs. and 30min. to pray at Gassan Hongu (Main Shrine), and then make their way to Mt. Yudono to worship at Yudono Hongu (Main Shrine). 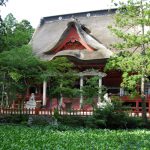 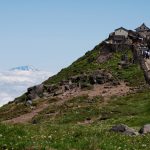 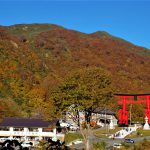