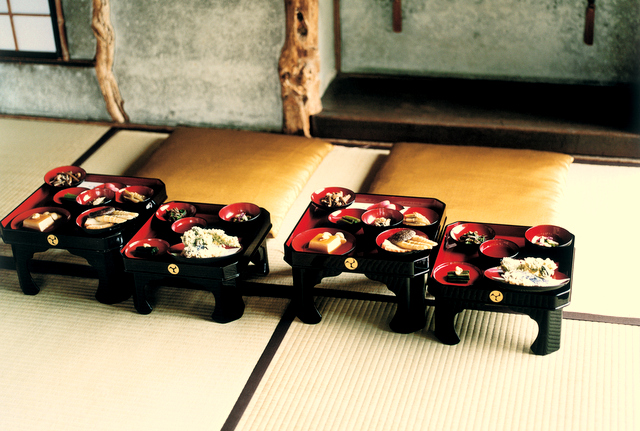 Shojin-ryori is a type of cuisine that is in all likelihood unfamiliar to you. However, it is an extremely important kind of meal that contributed to the improvement of the overall standard of Japanese food to the extent that, without it, Kyoto’s traditional local cuisine would not have been established.

The word shojin in the Buddhist religion means to go to great lengths to do one’s best without the expectation of outcomes. In Shintoism, the aim is to go into seclusion and remove oneself from the outside world. The commonality is a wait for the unforeseen, which can be called the essence of shojin.

As Buddhism was communicated to Japan from India, the complex, flavorful shojin-ryori originated with the prohibition of meat and the development of a vegetarian diet, along with the preparation of dishes using seasonings and plant oils a substitute food for meat. The concepts concerning the difficult preparation techniques and ingredients utilized had a significant, general impact on Japanese cuisine in future generations.

A rich ecosystem centering on beech forests exists at the foot of Mt. Gassan, the highest peak of Dewa Sanzan. Since long ago the inhabitants there have taken advantage of what nature offers in the way of edible foods, such as mountain vegetables and mushrooms, which led to the development of food preparation that encompasses the time-consuming, labor-intensive process of removing astringent flavors. Therein lies a traditional, advanced dietary culture that embraced the adoption of shojin-ryori.

The shojin-ryori of Dewa Sanzan was cultivated in accordance with the mountain asceticism of Dewa Sanzan. These ascetic practices calledshugendo represent the faith of religious practitioners who intensely examine the relationship between humans and nature. Based on the advanced food culture found at the skirts of Mt. Gassan, Haguro shugendo merged shojin-ryori developed at Buddhist temples with the self-sufficient dietary life of the yamabushi. It further incorporated the sensibilities of Kyoto brought over the Japan Sea to create a unique kind of shojin-ryori. In the mountain asceticism of Haguro, the act of consuming food signifies not only nourishment of the body and soul, but also a religious act acknowledging the gods and spirits living in nature.

In 2011, Dewa Sanzan shojin-ryori was presented to a group of people in France and Hungary who highly praised the flavors that contain the climate and culture of Dewa Sanzan. That taste can still be enjoyed today at priests’ quarters on Mt. Haguro and the temple guesthouses of Toge at the foot of the mountain. 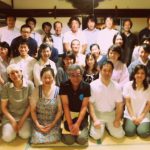 Where to eat Shojin-ryori 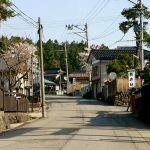