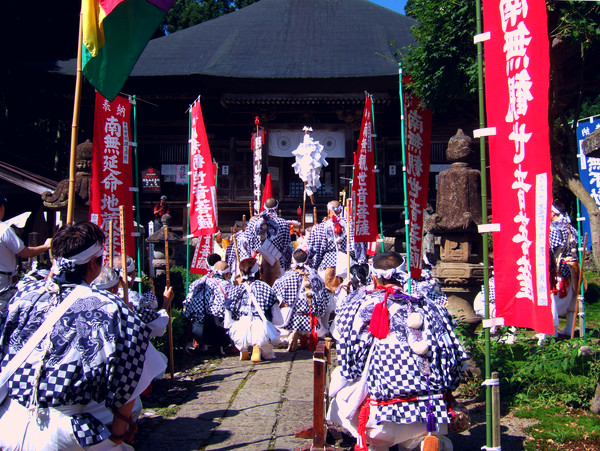 The Kotakuji Temple is positioned as an inner temple of Mt. Haguro. Adhering to the classic practice of shugendo, the temple tells us its tradition in the present day in the form of Autumn Mine.

The current style of the Autumn Mine of the Mt. Haguro shugendo has been developed through the history of a religious ceremony that dates back to Medieval Japan. This is related to the traditional training in mountains originally practiced in Kumano and Omine, and then throughout Japan. This tradition, with its origin in Medieval Japan, is extinct in most regions due to the separation of Shinto from Buddhism in the early Meiji period (around 1868 – 1875), and the ban on the shugendo (1872). Despite such a transition, the Autumn Mine of the Mt. Haguro shugendo is perhaps the only example of a medieval ritual of death and rebirth based on the Buddhist jikkai training, which is thought to originate in Mt. Omine. The Mine has been preserved to the present day, and in that sense, it has a great value.