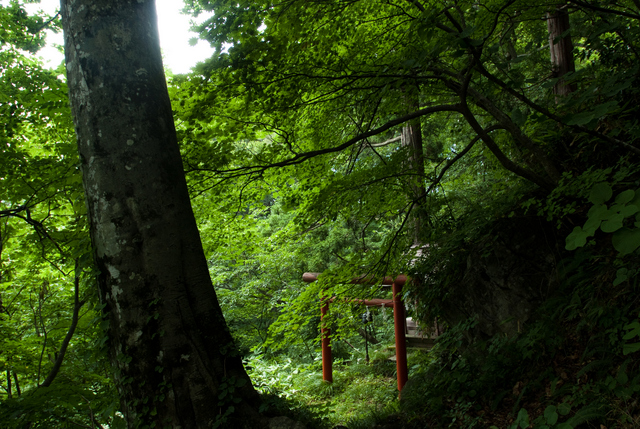 On the hillside of Mt. Haguro, as you climb up the Ni-no-saka slope, there extends a place called “Gohombodaira.” Behind the area, you will find a natural beech forest on the slope, with an Inari shrine standing silently beside a megalith. From there, you can overlook the vast Shonai plain. 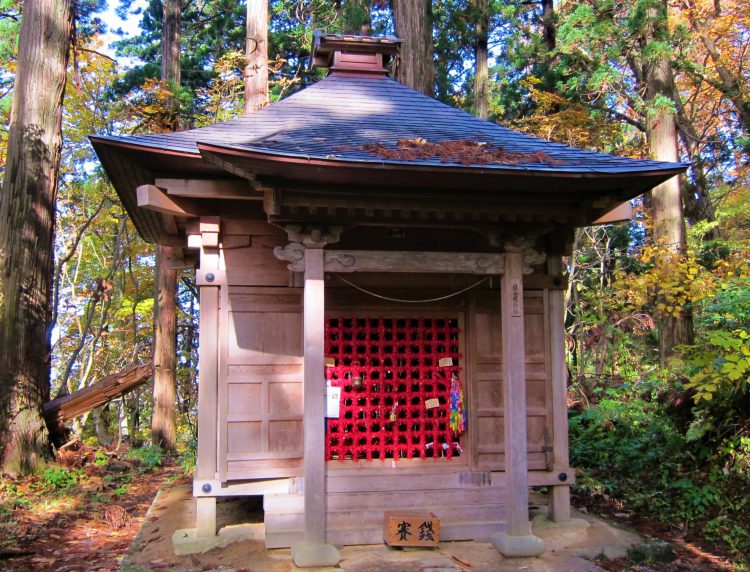 The Haniyamahime Shrine, located in the middle of the San-no-saka slope, is said to have a power for marriage.
*On April 19, 2017, the tree fallen by a strong wind destroyed the shrine, as shown in the photo above.
Currently, the demolition work has been completed and the go-shintai, or the object of worship, has been transferred to the Itsukushima Shrine on the mountaintop.
Please note that the shrine’s lattice to tie red strings is also moved to Itsukushima Shrine for those who wish to make a prayer. 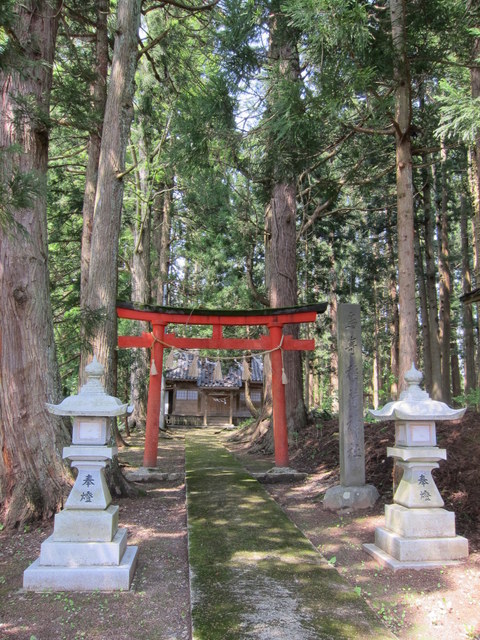 The Karasuzaki Inari Shrine is located on the top of the uphill from the hotel “Hagurokan” in the Toge area.
It is said that the area was named “Karasuzaki,” or crow point, after the legend that a three-legged crow appeared when Prince Hachiko (Nojotaishi), who later opened the Three Mountains of Dewa, lost his way in the area and was guided by the crow to Mt. Haguro. Uka-no-mitama-no-mikoto, the deity of rice and grains, is enshrined with the statue of an eleven-headed Kannon here. 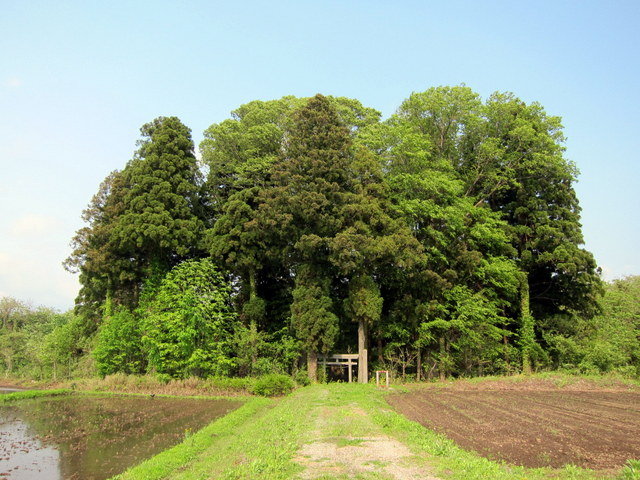 In Kamikawadai, Haguro, the ruins of the Mitaki Shrine are located near the STUDIO SEDIC – SHONAI OPEN SET. In the middle of the countryside with the sight of rice fields as far as the eye can see, the shrine is surrounded by thick guardian woods. Step inside the woods, and you will find an open space in the center, where a monument has been erected to indicate the ruins of the Mitaki Shrine. A number of monuments are found under the trees overlooking the space, including one for the worship of Mt. Yudono, and to the left is a shrine dedicated to the spirits of ancestors. Here the deities of Arakura, Hachiman, and Inari are enshrined. 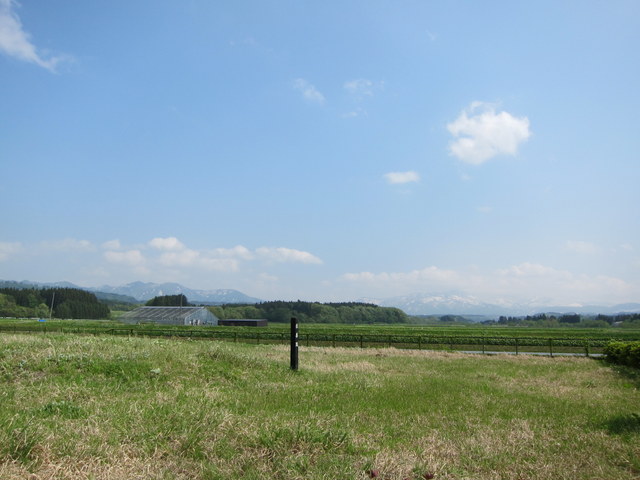 Ruins from the Jomon period are often found in hilly areas with nice views. Tamagawa in the Haguro area is the very place from which many Jomon ruins have been excavated. One of the archaeological sites from which valuable clay figures, or dogu, of pregnant women have been excavated is this site of Tamagawa C. With the views of Mt. Gassan and the river running nearby, you will feel the power of great nature just by being in this place.