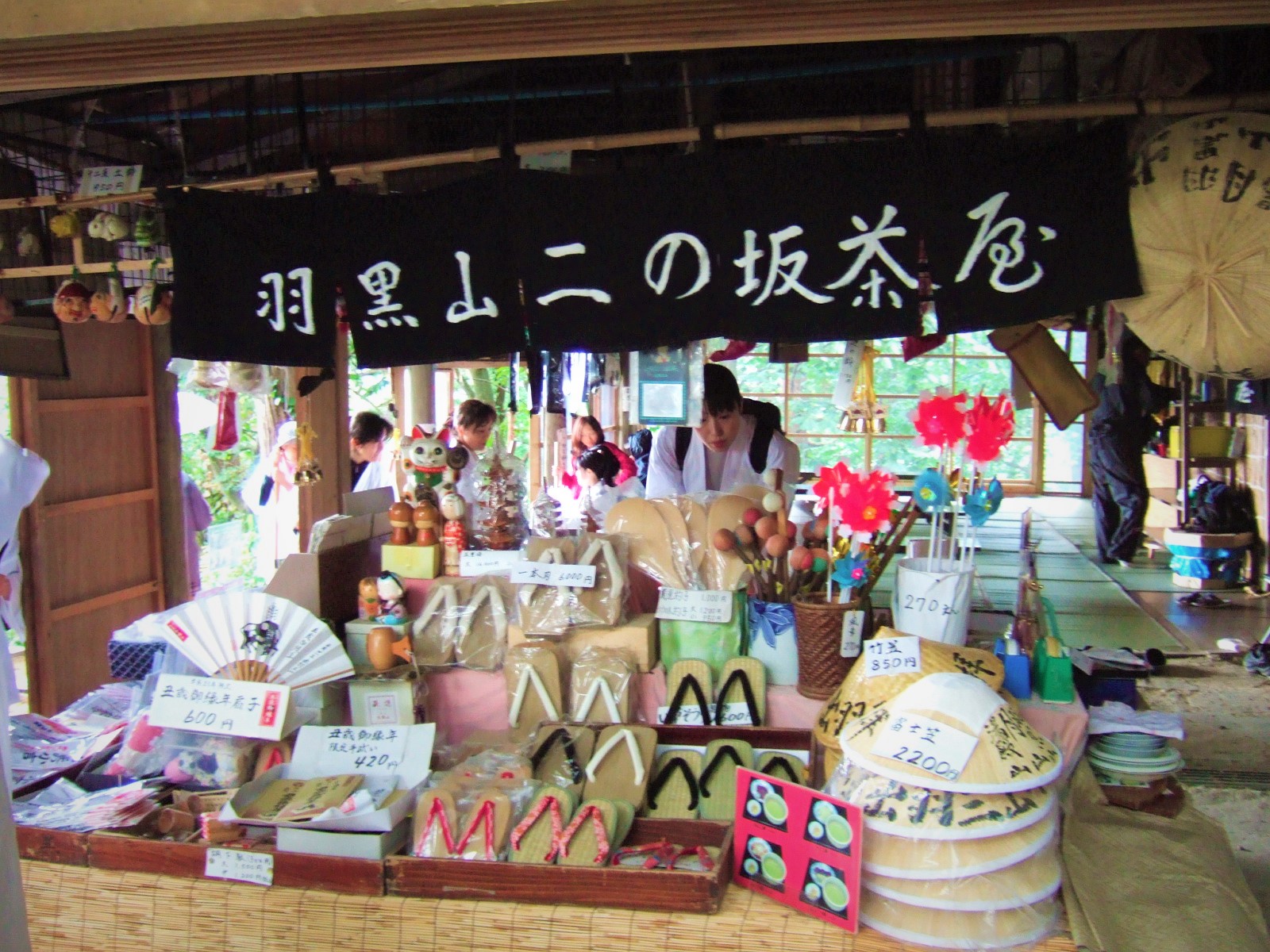 On the way to the top of Mt. Haguro, there are three relatively steep hills: Ichi-no-saka, Ni-no-saka, and San-no-saka. The longest and steepest of the three is Ni-no-saka, or the second slope. It is also known as “abura-koboshi,” or an oil-spilling slope, from the legend that it was so tough that a warrior monk named Musashibo Benkei spilled the oil he was carrying as an offering to the shrine.
Having climbed up the hill, you find Ni-no-saka Chaya teahouse on your left. Mr. Takagi and his family, who run this teahouse, climb up and down these stone steps every day during the season, and prepare handmade chikara-mochi rice cake and matcha to welcome pilgrims and climbers. 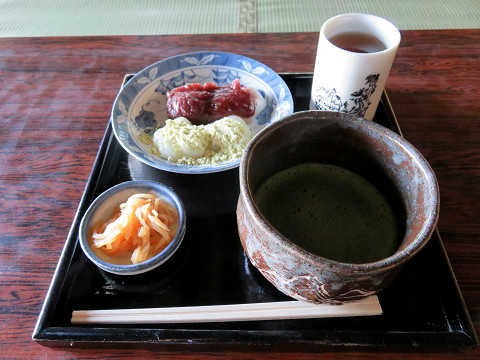 One of the recommended menu items at the teahouse is the combination plate of kinako-mochi and anko-mochi with matcha tea. Above all, the bird’s eye view of the Shonai Plain is must-see. On a clear, sunny day, the view extends as far as the Tobishima island floating on the Sea of Japan. It is said that during the Edo period, people used to enjoy the view of the Shonai Plain with rice fields filled with water and call it “Matsushima in the field”. 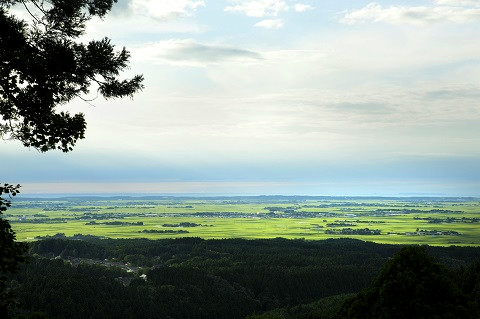