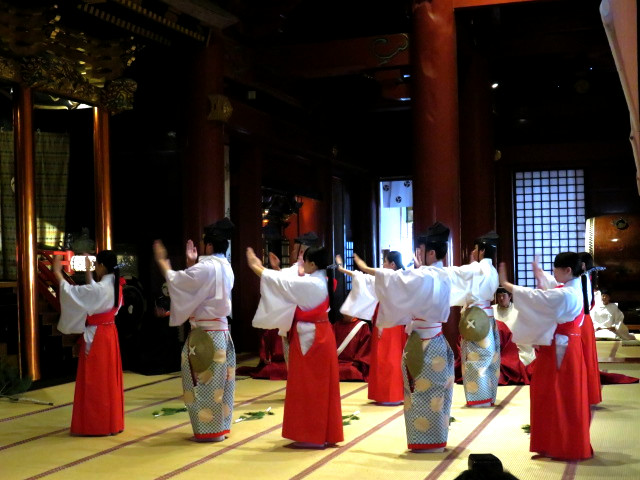 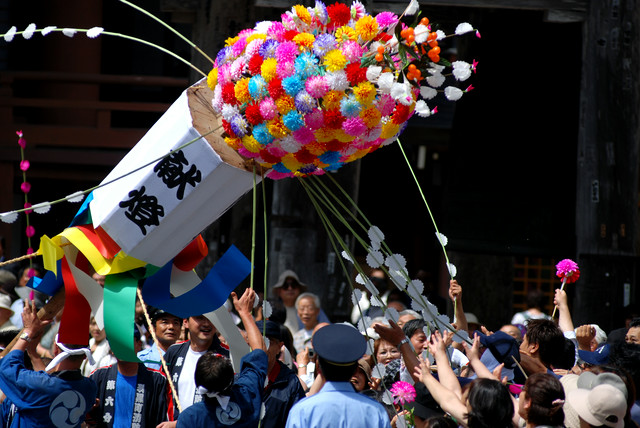 ◆July 15th Annual Festival (Flower Festival)【Mt. Haguro Mountaintop】
Around this season of rice flowers to be in bloom, they pray for successful and exuberant flowering.
It is said that bringing home a flower of the “votive lanterns,” shaped in rice flowers, and decorating it on your kamidana altar at home helps your good harvest. 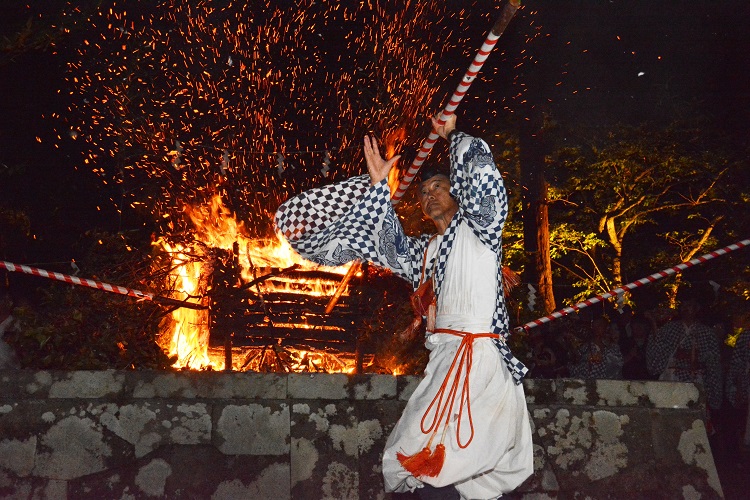 ◆August 31st Hassaku-sai Festival【Mt. Haguro Mountaintop, in front of the Hachiko Shrine】
It is held just around the time when rice ripens and, at the same time, typhoons hit the country.
Yamabushi, while in their training, pray for winds to calm down in order to prevent rice plants from being knocked down and to ripen successfully; in other words, it is a wind-calming festival. 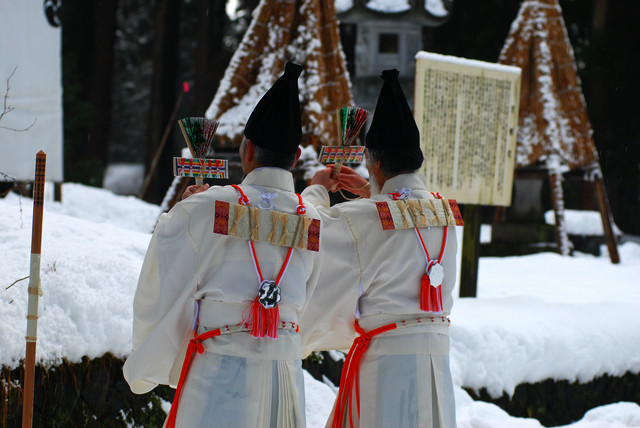 ◆September 24th Heitate-sai Festival / Special religious ritual “Winter Mine-iri”
The “Heitate-sai” marks the first day of the “winter mine” (the hundred-day gongyo service), in which two matsuhijiri, who are at the highest positions among all the yamabushi of Mt. Haguro, go into the mountain for their 100-day training. The ritual is celebrated solemnly at Saikan, in front of the kami of the Dewa Sanzan Shrine, with more than 40 participants, including the matsuhijiri of the year on their training, those who completed the training in the previous years, and the Shrine’s chief priest. From this day on, the two current matsuhijiri keep praying for 100 days for the bountiful harvest and family safety of the Shonai region, practicing the ritual purification by washing their bodies with water every morning and evening with “koya-hijiri”, or the sacred bodies with five grains inside. 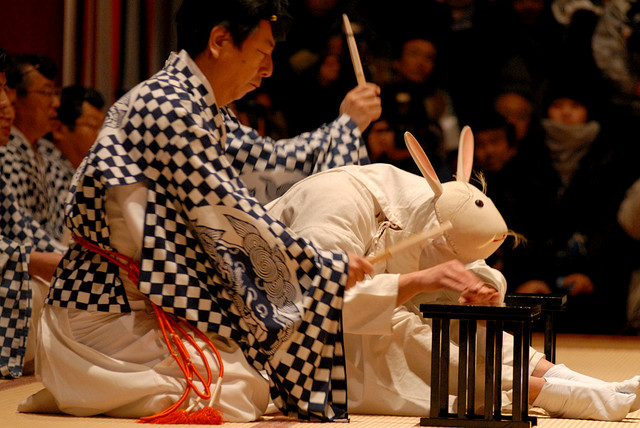 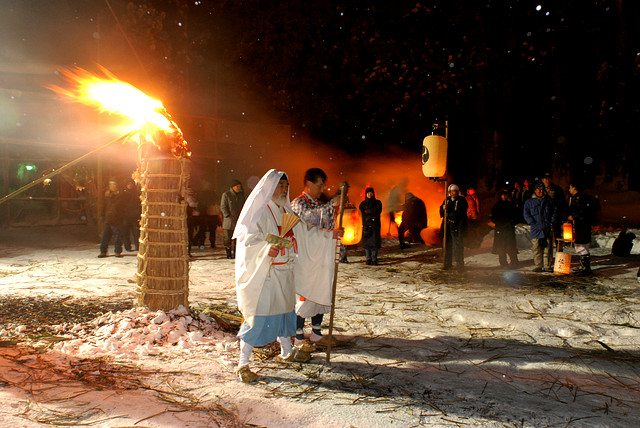 ◆December 31st Shorei-sai (The Fire Festival)【Mt. Haguro Mountaintop】
The day marks the completion of the 100-day training of matsuhijiri, who are the two yamabushi elected among the residents of the Toge village.
On this day, various religious rituals are performed to rival the two’s abilities acquired during the training.
The wild and majestic fire festival is also held on this occasion to pray for good harvest in the Shonai region, by burning “O-taimatsu,” a huge torch likened to a “harvest mite,” which is a bug causing damage to farm products.

Festivals and Events in Dewa Sanzan