What is the Dewa Sanzan Shojin-ryori Project? 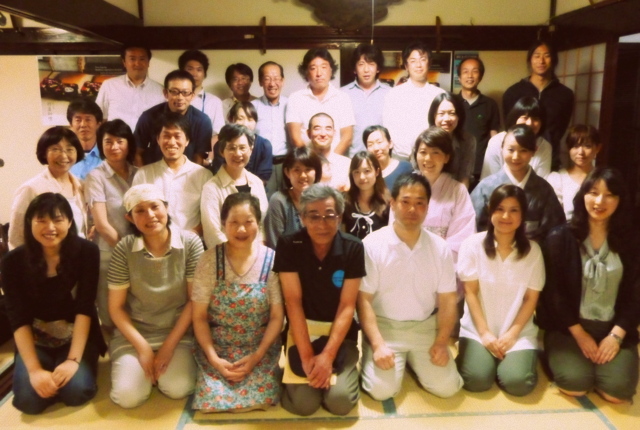 On May 31st, 2012, the “Dewa Sanzan Shojin-ryori Project” was launched by volunteers at the Haguro Tourist Association. The aim of the project is to get people engaged in promotion and development of local tourism and the community of Haguro, centered on the gastronomy of the Three Mountains of Dewa and shojin cuisine, in order to disseminate valuable local culture to future generations.

● Who We Are
Focusing mainly on shojin cuisine, we aim to bring a new development into activities promoting tourism and developing communities in the Haguro Area, in partnership with the Townscape Development Project, among others.

● What We Do
Study Groups: We periodically organize sessions to provide opportunities to learn the gastronomy and the recipes fostered in the Haguro area, including “o-oizake,” a feast organized by the yamabushi to show their gratitude to those who help them during the mine.
Public Relations: We widely and deeply publicize the shojin cuisine of the Three Mountains of Dewa by organizing events within the Shonai region and in the Greater Tokyo Area, among others, to showcase shojin cuisine, and by sending out information via the website, which is to be renewed soon, and Facebook page of the Haguro Tourist Association.
Economy: We offer shojin dishes to general visitors. We partner with the Wild Vegetable Association and producers of the primary industry to find distributors in order to make the local economy run in a sustainable manner. As a result, the local gastronomy will be passed from generation to generation.
Ties: We will form a women’s club for those who are involved in tourism in the Toge area, to encourage cultural successors.